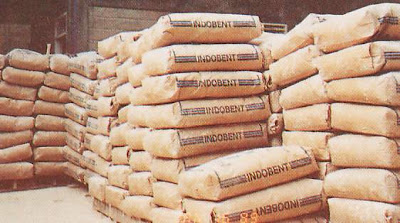 A thorough understanding of the clays may be the most valuable tool engineer sludge. The clay can be added intentionally, or it may go in the mud as significant pollution by dispersing solids drilling. In any case, the clay becomes an active part of the system. It is necessary to understand the basic chemistry of the clays to properly control the water-based muds. The chemistry of clays is also important in regard to the interactions between water-based muds and shales that affect the stability of the well.
Clay is a broad term that is commonly used to describe the sediment, soil or rock composed of mineral particles and organic matter of extremely fine grains. A good example is clay (clay type sometimes called «gumbo» [plastic clays]) found in gardens or along the riverbanks. These clays are often soft and plastic when wet and becomes hard when dry. This physical property of «soft when wet, hard when dry» may be related to the presence of certain clay minerals. Clay is also used as a general term for particles having a diameter less than 2 microns, which include most clay minerals.

Clay minerals are silicate minerals, fine-grain aluminum with well-defined microstructures. In the classification of minerals, clay minerals are classified as layered silicates as the dominant structure consists of beds consisting of layers of silica and alumina. Each layer consists of a thin layer structure, called unitary layer. For example, a typical layered silicate mineral mica would or vermiculite, which can be separated into thin layers along the cleavage planes. Most clay minerals have a lamellar morphology. According to the repeating units of the structure, clay minerals can also be classified according to the relationship of layers of silica layers of alumina, such as 1:1, 2:1 and 2:2, as well as whether these clay minerals are storied needle-shaped.

In the drilling fluids industry, certain clay minerals such as smectite, a major component of bentonite, are used to provide viscosity, gel structure and filtration control. Clays training inevitably incorporated in the system of drilling fluid during drilling operations and can cause several problems. Therefore, clay minerals may be beneficial or harmful to the fluid system.

The term bentonite is used to describe sodium montmorillonite commercially exploited (which is a form of smectite) used as an additive for drilling mud. Geologically, the bentonite is an altered volcanic ash.

Due to its small particle size, clays and clay minerals are examined with special techniques such as X-ray diffraction, infrared absorption and electron microscopy. Cation Exchange Capacity, water adsorption and surface area are some of the properties of clay minerals which are usually determined to better characterize the clay minerals and minimize drilling problems.