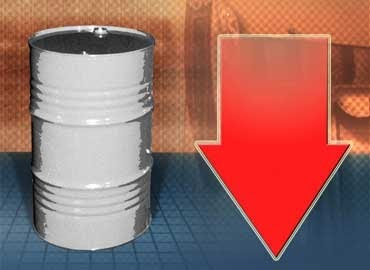 March 2011. The aftermath will leave the earthquake of 8.9 degrees in Japan (the third world economy) and the U.S. decision. UU. to draw on its reserves before the crisis originated in Libya yesterday the price of a barrel of oil add its fourth day on the decline.

Futures contracts Petroleum Texas Intermediate (WTI) for April delivery was subtracted in this last day of the week U.S. $ 1.54 per barrel (159 liters), but managed to stay on the mark of $ 100 per barrel, which recovered the week just passed.

Compared to the closing price last Friday, the Texas crude is 3.15 percent cheaper, which contrasts significantly with the appreciation of 6.68 percent had experienced WTI contracts the previous week.

The decline in oil prices yesterday was responsible for the disaster that left hundreds dead and injured in Japan. The disaster in the third world economy pushed down oil prices on expectations that the country reduce its energy consumption for several weeks.

Furthermore, the market strengthened this fall after the U.S. president, Barack Obama, said his country is willing to use the Strategic Petroleum Reserve, if the Middle East situation warrants.

«If we see disruption or significant changes in the market which are as puzzling to the public we suppose to use the Strategic Petroleum Reserve was right, then take such action,» the head of government.

Japanese auto companies stopped their production plants in areas affected by the tsunami.

Toyota Motor Corp. halted production at two plants in Iwate and Miyagi prefectures, and the Nissan stopped at five of its plants.

Coooper Kyle, director of research at consultancy IAF Advisors in Houston, attributed the decline to «the combination of damage from the earthquake in Japan riots in Saudi Arabia» as factors that caused oil prices descended.

A fire in the storage tank Cosmo Oil Co. refinery in Chiba, outside Tokyo, found it closed. This refinery processes 220 thousand barrels per day, said Yusuke Kanada, a company spokesman.