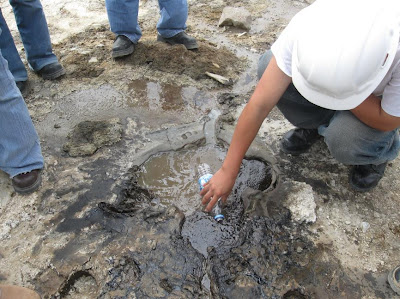 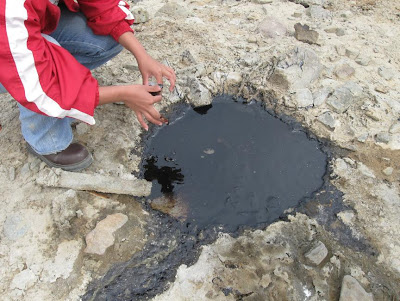 Oil flowed from small cones on the ground forming paddles, that does not indicate that the reservoir is below the area but could be tens of kilometers and maybe get there by any failure or fractuca as is typical in Talara. 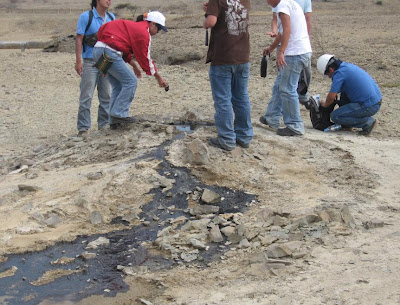 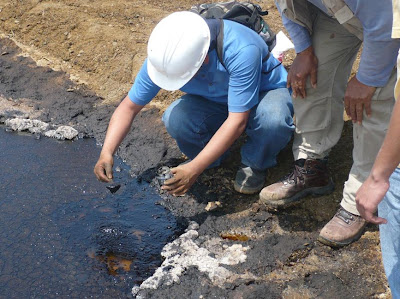 My friend «zebra» collecting a sample of oil from the outcrop 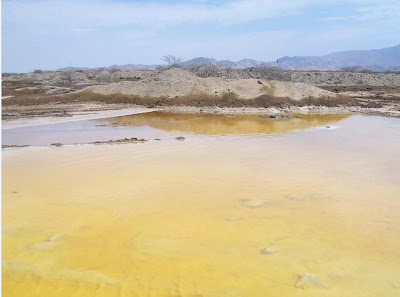 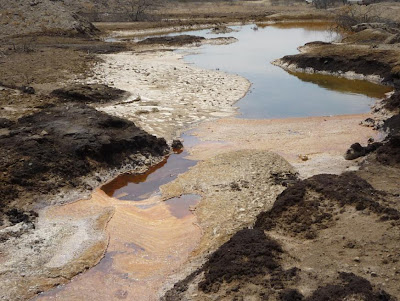 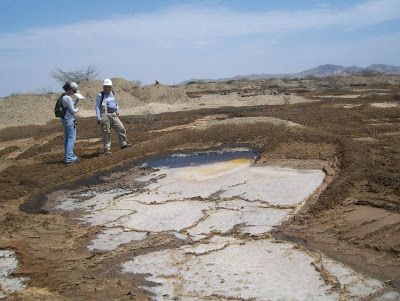 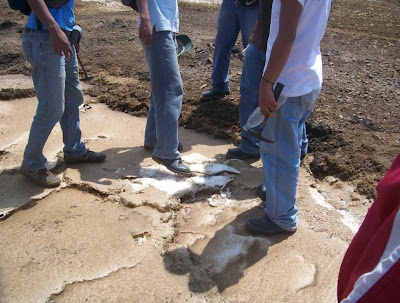 The salt water left to evaporate, forming a layer of solid and consistent as you can see in the picture where you can see who supports the average weight of a person. 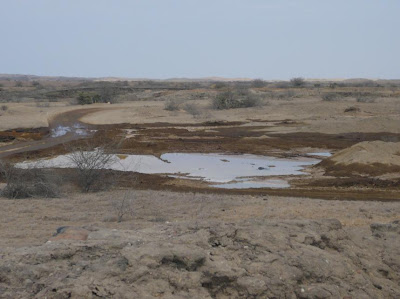 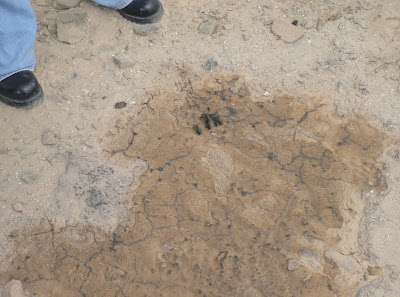 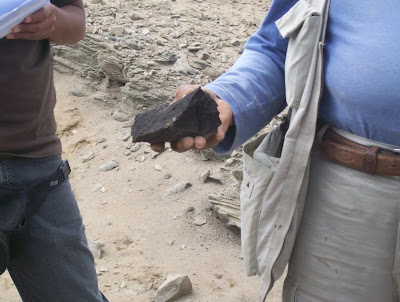 Bituminous rock samples, ie oil-impregnated rock surface. When the price of oil exceeded $ 100 were being exploited by designing projects as bituminous rocks especially in Canada where as I heard there eejits where mines are exploited as going after a heating process.