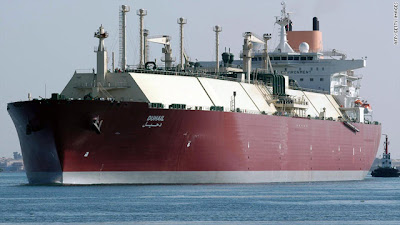 Qatar’s foray into the world market for LNG is made by sending the first output of Qatargas plant in October 1996 to Japan, the Chubu Electric Power AM. The production of other producers of LNG from Qatar, RasGas began in June 1999.

Qatar has provided LNG to customers in some 23 countries on four continents.

Currently, Qatar has become the largest exporter of liquefied natural gas. The 77mm tonnes per annum (tpa) is the ability to meet the 14 trains, seven each in Qatargas and RasGas. Six of them are trains Äúmega, AU, each with an annual capacity of 7.8mn tonnes per annum.

From the first drop of LNG was 14 years ago, Qatar has increased its capacity to consistently achieve the vision of His Highness the Emir, Sheikh Hamad bin Khalifa al-Thani.

Qatar has established a world-class port at Ras Laffan LNG to reach customers around the world. Ras Laffan started in September 1996. Since then, the port and berthing facilities have improved significantly. With four seats operational LNG, Ras Laffan port is the world.

Qatar Gas Transport Company (Nakilat), investment in a fleet of LNG, is considered the largest building program only merchant vessels since the Second World War, during which the U.S. commissioned a new fleet to replace the ships destroyed in the conflict.

In late 2010, Nakilat owns 54 ships including LNG ship world’s largest LNG. They include both Q-Flex and Q-Max, a new generation of LNG mega-ship with the power requirements of about 40% lower and carbon emissions than conventional vessels due to economies of scale created by their size and engine efficiency.