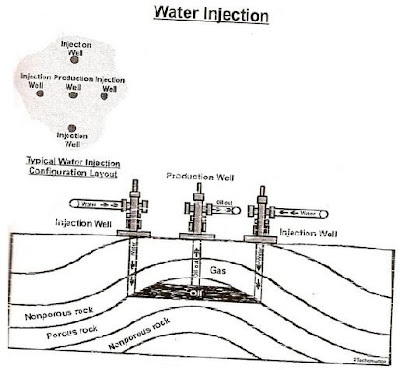 If removal of the reservoir is greater than the rate at which water can enter the reservoir pressure decline. On the other hand, excessive extraction rates individual wells or areas of low permeability, causing excessive pressure drop between the reservoir and wells, creating great pressure sinks in these wells.

In a uniform sand, sinks pressure caused by high rates of extraction can result in a cone of water (Coning) towards the completion interval.

In some wells, the rock and fluid characteristics are such that the cone subsist even if the rate of production is reduced.