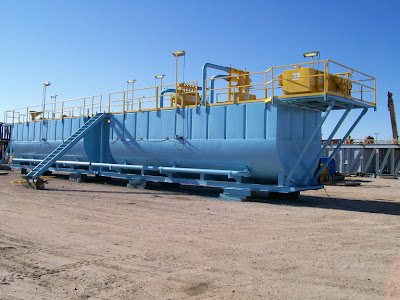 The viscosity results from the efforts of friction and electrical stresses that exist within a system of mud. The solids are incorporated into the drilling mud as the drilling progresses. These solids are crushed and finely decompose, causing an increase in the viscosity of the mud, unless the solids are removed from the system. Drilling through various pollutants also cause flocculation and increased viscosity.

The anionic charge chemicals that are commonly used for treatment of drilling mud include phosphates, tannins, lignins, humic acid (lignite), lignosulfonates and synthetic polymers of low molecular weight. This adsorption changes the balance of forces acting on the clay particle, from a force of attraction (flocculation) to a repulsive force (deflocculation). Instead of uniting, the particles tend to reject or avoid any contact between them.

Chemical treatment agents such as lignite reduce flocculation in water based drilling fluids, clay, using one or more of the following mechanisms.

1. Removing the contaminant by precipitation.
2. Reducing the effects of pollution by contaminated complexation (kidnapping).
3. Flocculation by neutralizing the satisfaction of the cationic charges on the clay particles.
4. Encapsulating or forming a protective film around the clay particle.

Lignite base used to control the viscosity is TANNATHIN ® (pH 3.2). Lignite is less soluble at low pH, so to be effective, the pH of the sludge should be included within the alkaline range or lignite should be presolubilizado in a high pH slurry before being added to the mud system. In general caustic soda is added lignite additives low pH.

In field application, the ratio of caustic soda TANNATHIN vary from 1:6 to 1:2. The best way to add the lignin is through the mud hopper. TANNATHIN is most effective in mud systems with pH values between 9 and 10.5. CAUSTILIG ® is a caustizado lignite having a pH of about 9.5. K-17TM is a lignite neutralized with potassium hydroxide having a pH of about 9.5. XP-20 ® (pH 10) is a lignite pre-reacted chromium is used mainly in conjunction with SPERSENE ™ (chromium lignosulfonate).

This product complements the performance of the system chrome lignosulfonate MI (CLS or SPERSENE/XP-20 system). As part of SPERSENE/XP-20 mud system, XP-20 acts as a stabilizer and emulsifier of the drilling fluid. Reduce the filtrate and contributes to the inhibitory properties of the mud. This is the main heat stabilizer in the system Duratherm ™ high temperature. The application of XP-20 is not limited to systems and Duratherm SPERSENE/XP-20, and this product can be used in a wide variety of systems based deflocculate water to control the filtering, diluting and increase the thermal stability . Lignite additives facilitate the formation of oil in water emulsions and generally are not effective at high concentrations of calcium. They are only moderately effective at high salt concentrations.