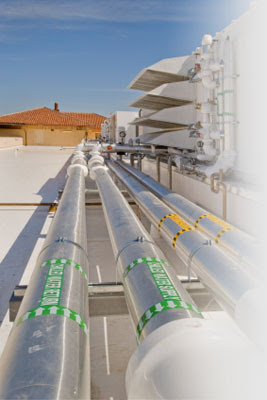 ASME B 31.1: Power Piping
This code was written with power piping in mind included to cover fuel gas and oil systems in the plant, central and district heating system, in addition to water and steam systems in power plants.This code is for making new piping. It can be used as a guide for repair / replacement.